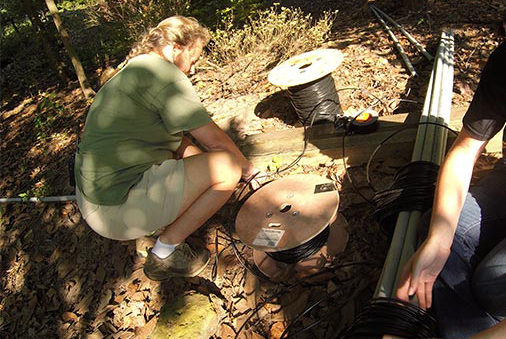 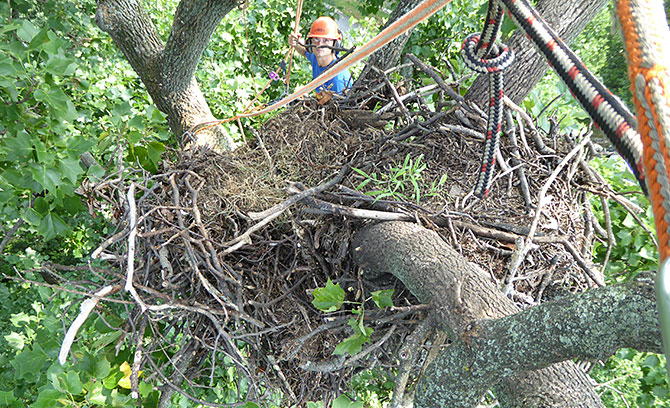 Experienced tree climbers provide a view from the nest 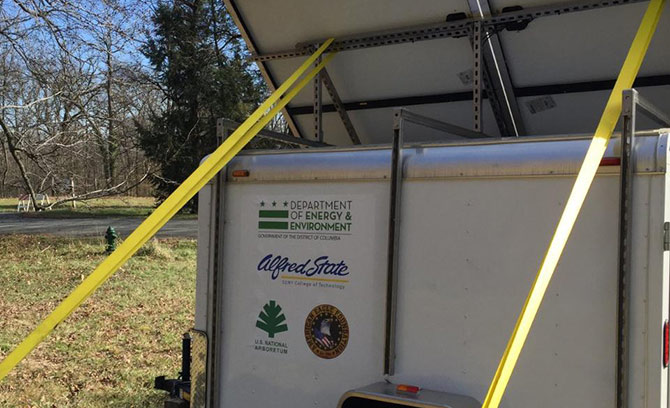 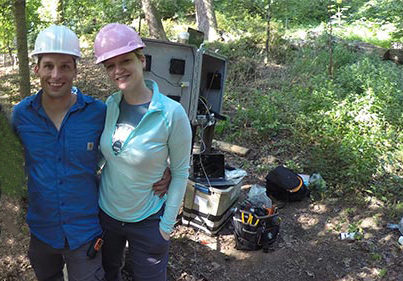 Nick Vichas (Apex Electric Inc.) and Mandy Glass smile after audio equipment has been installed in the tree 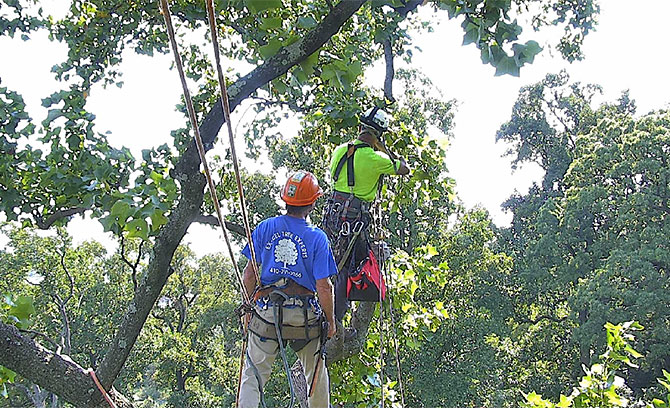 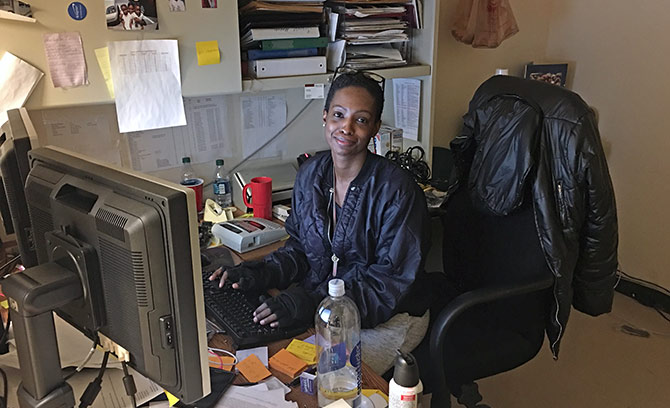 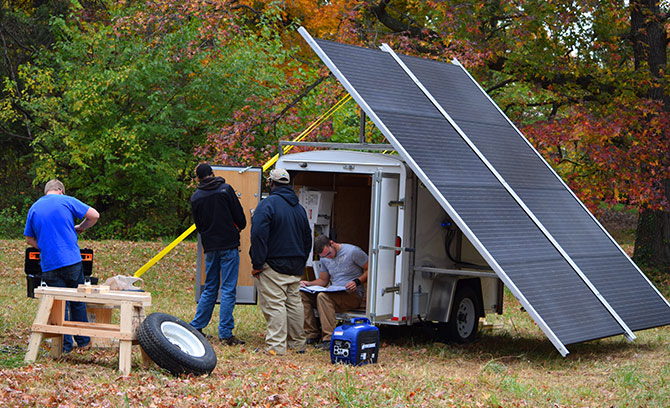 Students from Alfred State College, SUNY College of Technology install the Solar Array at the USNA 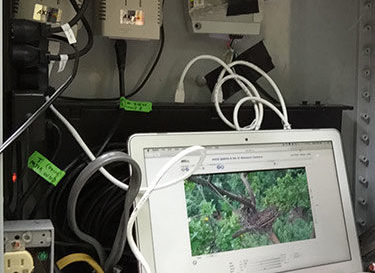 First viewing of the camera after installation

In October 2014, this mated pair of Eagles chose a prime location for their nest: a tall Tulip Poplar tree amongst the Arboretum’s blooming Azalea collection overlooking the Anacostia River. Had they only chosen a tree just a little further up Mount Hamilton, the Capital Building would be in their line of sight.

Prior to the Launch of the DC Cam, USNA’s Agricultural Research Service (ARS) Scientists Ramon Jordan and Sue Greeley kept a close eye on the eagles ever since they chose the Arboretum as their home in 2014. Dan Rauch (DOEE) has been documenting the activities of the eagles since then as well. Earth Conservation Corps (ECC) volunteers have monitored this nest and other nests in the DC area in addition to coordinating an effort to clean up the Anacostia River, which provides an abundant source of fish to eagles in D.C.

In 2015, while the eagle parents were raising their first eaglet (DC1), the American Eagle Foundation and their celebrity non-releasable Bald Eagle Challenger were conducting an educational visit to Capitol Hill. They first learned about this idyllic nest site from Earth Conservation Corp’s Bob Nixon. The AEF team had the privilege of visiting the Arboretum during their time in DC, and soon afterwards entered into a partnership with the USNA to place two HD video cameras at the top of the nest tree with direct views into the nest.

After the eagle pair left their nest site in August 2015 for their annual migration,  AEF staff traveled to D.C. to install cameras and other related equipment in-and-around the nest tree with the help of experienced tree climbers from Treewise Consulting and Excel Tree Experts. The USNA ran about a half-mile of fiber optic cable to the cameras’ control box located about 200 feet from the base of the tree. The entire system is powered by a large mobile solar array that was designed and built by students and staff from Alfred State College, SUNY College of Technology and was partially funded by D.C.’s Department of Energy and Environment (DOEE). USNA has had a great long-term working relationship with Alfred State. There are several arrays on the 446 acre property powering, for example, the nursery irrigation.

AEF staff traveled to DC in January with Robert Colletti from Piksel to finalize the streaming components of the HD cameras.

From February to July the DC Eagle Cam became one of the most popular LIVE animal cams on the Internet, with over 63,000,000 views from over 20,000,000 unique viewing devices. The world fell in love with watching Mr. President and The First Lady raise their two eaglets Freedom (DC2) & Liberty (DC3).

After the eaglets fledged and the eagle parents left their nest site in August 2016 for their annual migration, the American Eagle Foundation staff returned to Washington DC accompanied by Nick Vichas (Apex Electric Inc.) and Mandy Glass, who assisted AEF in installing audio equipment in and around the nest tree with the help of experienced tree climbers from Treewise Consulting and Excel Tree Experts.

By late summer, one side of nest structure began to slightly collapse due to a lack of natural tree branch support underneath. There was concern that as the nest became bigger and heavier each year, that it might eventually begin to fall apart while the eagles were nesting. Fortunately, the USNA and AEF were granted permission by the U.S. Fish & Wildlife Service (USFWS) to do something about this potential problem. Guided by eagle experts from the USFWS and AEF, experienced arborists were able to place a few large tree limbs underneath the preexisting nest structure after all four eagles had left the nesting area.

After several months of being offline, the cameras were turned back on to the public on New Year’s Eve (December 31, 2016).